This is a nice section of a Focke Wulf 190 elevator.  It measures approximately 12″ x 12″ in size and retains some of the original paint.  This particular piece has provenance and was recovered by an aviation archeologist.  The plane was shot down near the railroad bridge south of Arnhem during the battle of Arnhem (September 1944).  The German pilot, Richard Adler, bailed out and was taken prisoner by the British.

Adler was apart of the Jagdgeschwader 54 (JG 54).  The JG54 was a Luftwaffe fighter wing during the Second World War, which was the second highest scoring wing of all time, JG 52 being the highest. JG 54 flew on the Eastern Front claiming over 9,600 aircraft shot down, with pilots such as Walter Nowotny, Otto Kittel, Max-Hellmuth Ostermann and Hannes Trautloft being termed Experten.

Although Luftwaffe documentation were destroyed at the end of the war, surviving records indicate JG 54 lost 491 pilots killed in action and 242 pilots missing. A further 322 pilots were wounded in action. The ground personnel lost 570 killed.  Total losses in aircraft were approximately 1071 Bf 109 and 746 FW 190. – Wikipedia

The below document is a copy from the list of missing JG 54 pilots, which shows Adler was among the missing.   Adler was able to bail out from his Fw-190 when it was shot down by a couple of P51 Mustangs. 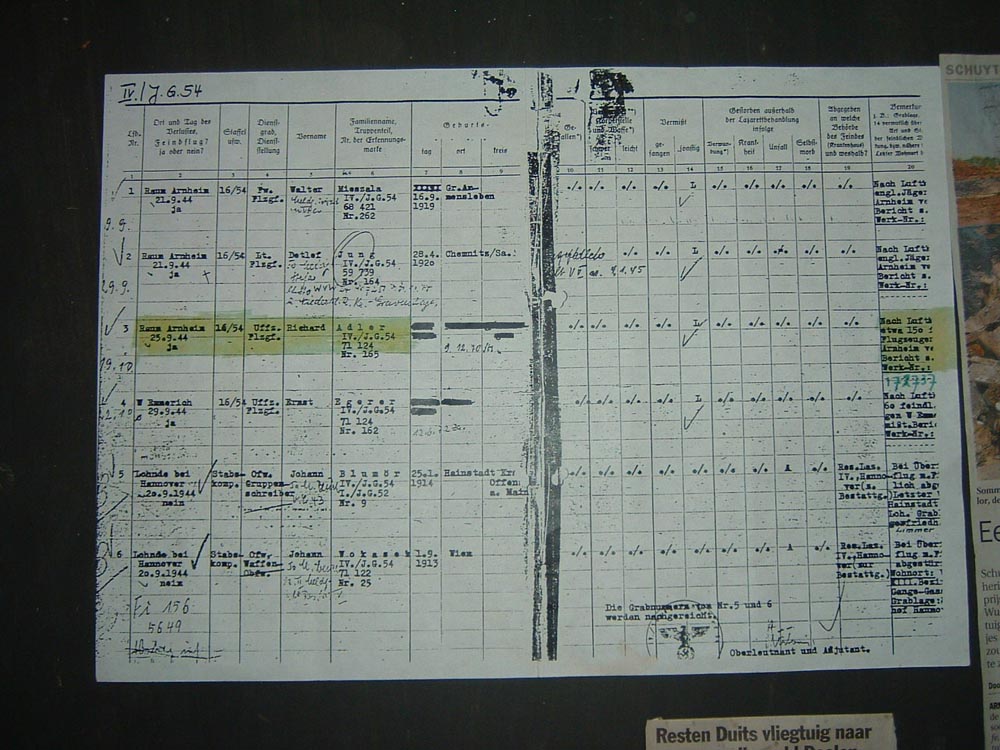