Here is an Adolf Hitler informal ice cream spoon acquired by Major Donald Grey Brownlow in the final months of WW2.  It measures approximately 5 1/2″ in length.  This particular piece was liberated from the Brown House, Munich, in May of 1945.  All pieces from the Brownlow collection are in exceptional condition.  Along with the spoon, you will get a copy of Brownlow’s certificate of provenance.  You can find various pieces of AH silverware/flatware out there, but very few with this kind of provenance. 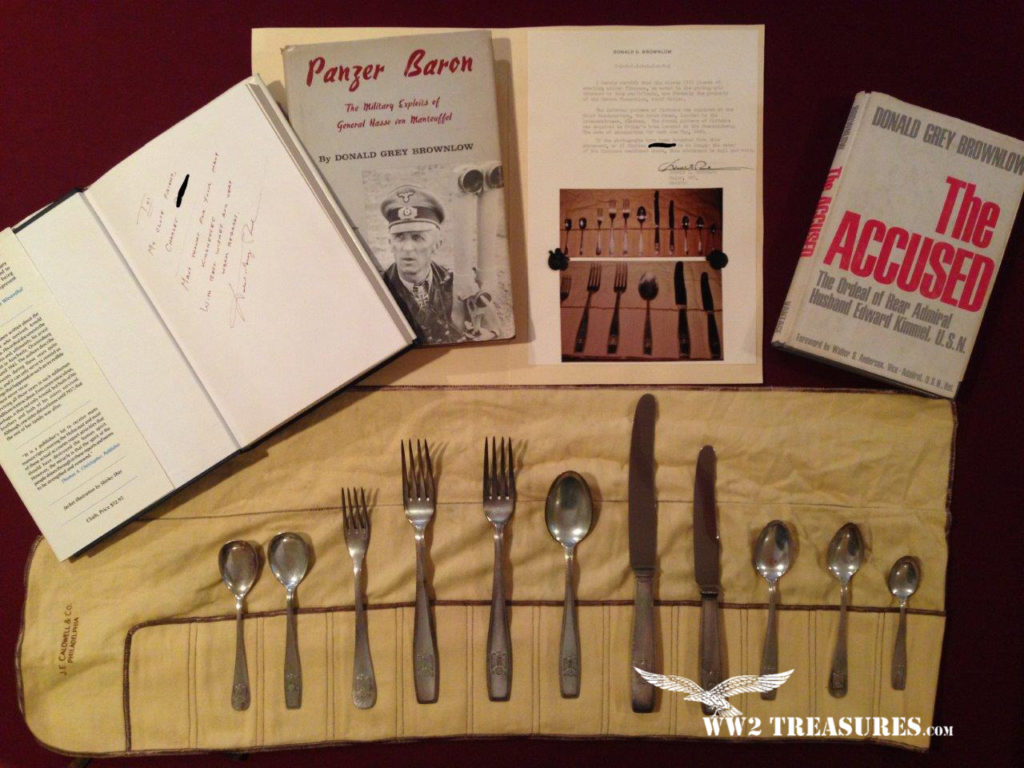 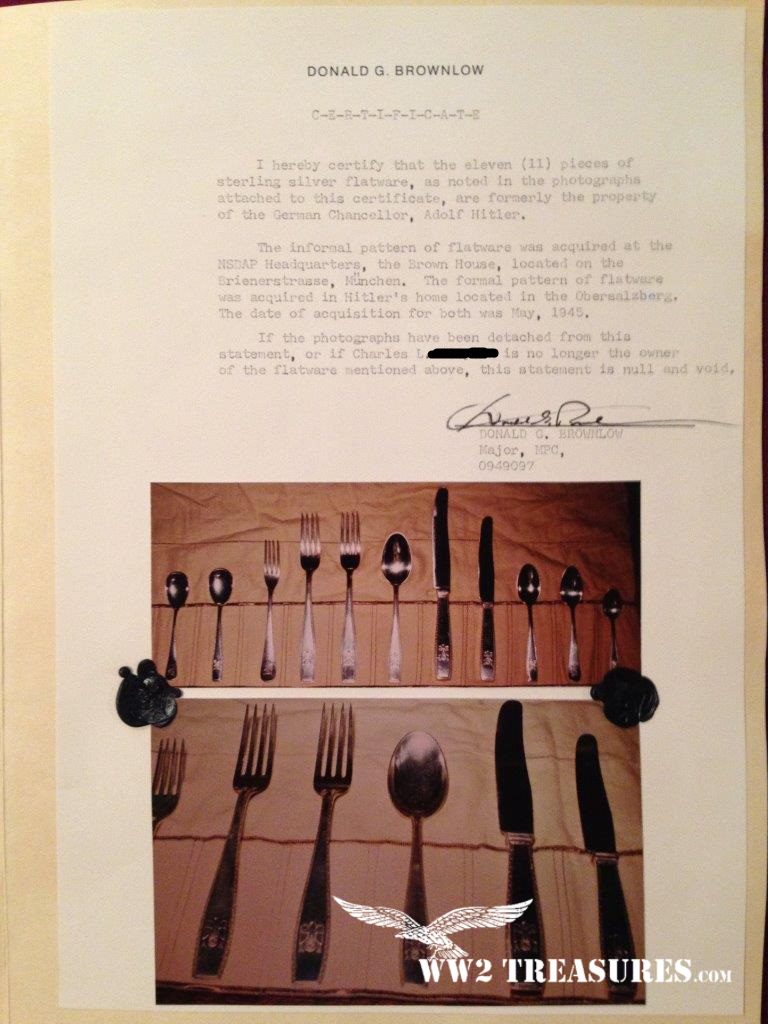 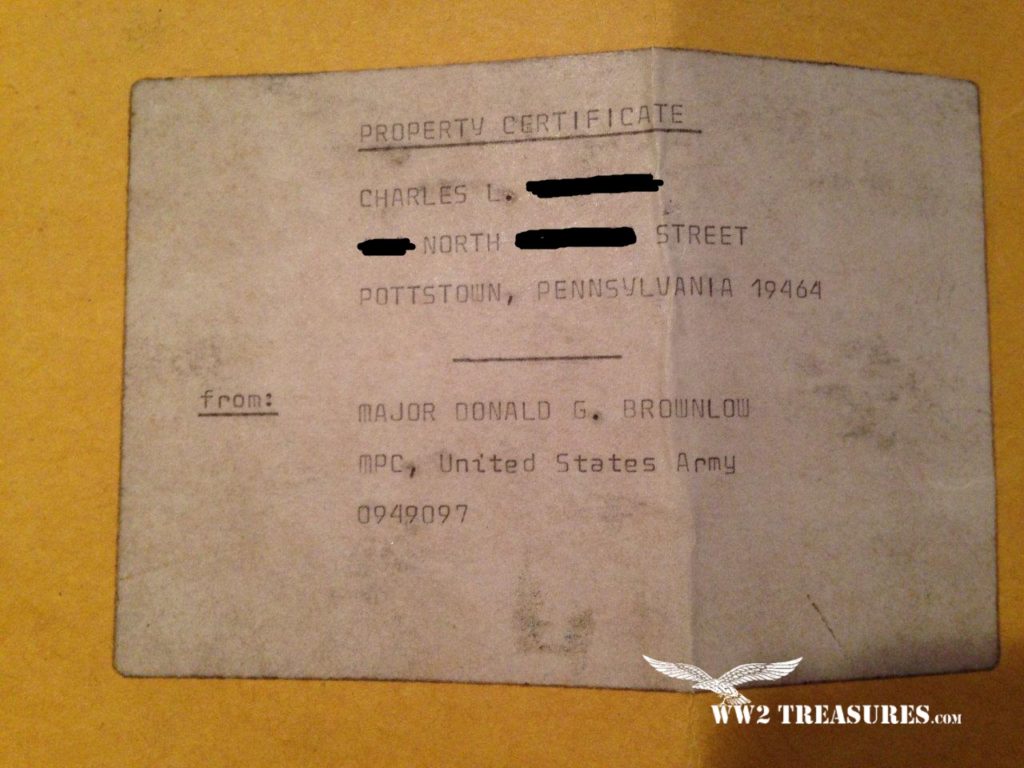 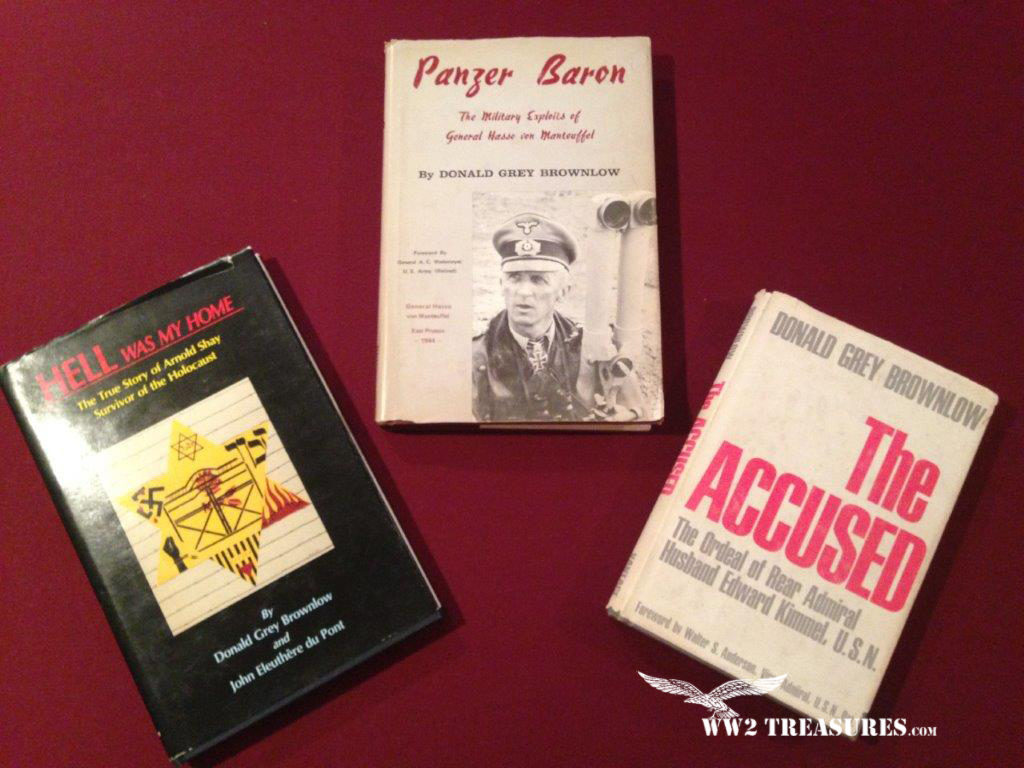