I was fortunate to be contacted by the estate of the individual that purchased the flatware directly from the veteran, Donald Grey Brownlow.  It came to me with the original signed/sealed letter of provenance, from Brownlow, stating that the three informal pieces were acquired from the Brown House, the national headquarters of the National Socialist German Worker’s Party, and eight formal pieces from the Hitler’s home in Obersalzberg, in May of 1945. 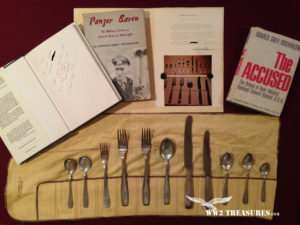 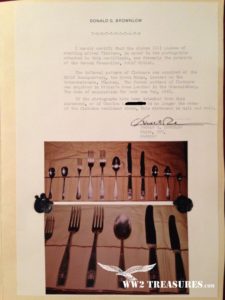 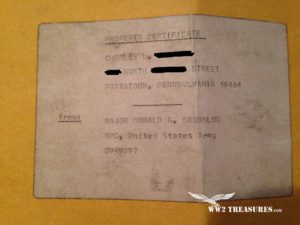 When he came back to the US, he became a history teacher at a Pennsylvania University and also authored several books about WW2.  Three of his signed books, “Panzer Baron”, “Hell was my home” and “The Accused” came with this lot of flatware.  This is a wonderful find and I’m thrilled to have received these historical pieces.  You can find various pieces of AH silverware/flatware out there, but very few with this kind of provenance.